What if I told you that there is a place in Montana where people grow in front of your eyes? where brooms stand upright on their own? marbles roll upwards against the pull of their gravity? and you physically just can’t get up from a chair?

By visiting The Montana Vortex and House of Mystery in Montana, you too can witness gravitational anomalies and metaphysical mysteries that re-define the laws of physics and nature. While some visitors may be skeptical, others are screaming and hollering as the guide takes you on an hour-long tour of the grounds. This place has definitely caused some heated debates over its alleged paranormal activity and rightfully so, these guys know what they are doing, entertaining/puzzling audiences for 49 years!

“Don’t forget to bring your camera dowsing rods, crystals, pendants, K2 meters, tri field meters, EMF recorders. There are a lot of paranormal things going on at the Vortex. We have had 4 Bigfoot sightings on the grounds and Columbia Mountain is a UFO hotspot.”

Is that right? Probably one of the claims that perked up my attention and motivated me to branch out from our usual “nature, breweries, and other photogenic locations” while on a road trip. I’m a skeptical person by nature, so I just had to see for myself what this place was about.

I was really impressed by the size of their gift shop, no really. It couldn’t possibly hold more spiritual, artistic, patriotic, educational, random stuff. You can get your hands on crystals, Buddha statues, precious stones, magnets, wood carvings, beads, Native American crafts, singing bowls, and who knows what else, appealing to the tourists that come their way.

You can sign up for the tours here, which are during designated hours (call in advance to ask for the next available time).

The tour will take you through the property out back, which has a nice tree canopy during those hotter summer days. The grounds are well manicured and appear to be a garden to an outsider. According to the owners, this property is allegedly situated on top of Montana’s 3 vortexes.

“An energy vortex is a specific location on Earth which acts as a swirling center of energy, containing more earthly energy than any normal place would.”

We can sometimes observe vortexes during the events of cyclones, tornadoes, smoke rings, or whirlpools from boats or dust devils. In the case of this location, apparently, the vortexes here are a swirl of electromagnetic energy with the largest situated in the ground underneath the off-center house, where we spent most of the tour. 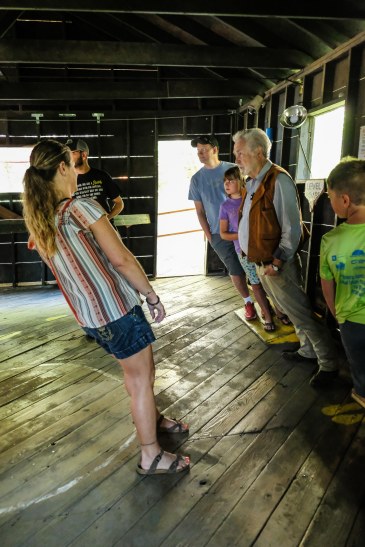 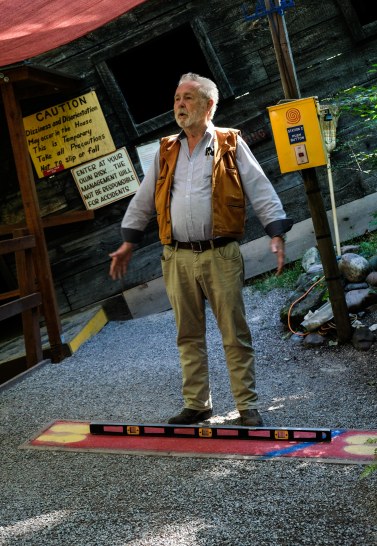 While you may or may not believe the things that you see inside this leaning shack, it is still quite entertaining. Kids find it particularly fascinating, trying to test out every single challenge suggested by the guide as their little eyes become enlarged in amusing disbelief. For me, any photographs taken inside the house (where the contrast between the outside and inside is very significant) and later shown as proof that orbs/ghosts/paranormal activity exists was frankly ridiculous. As any photographer would tell you that most images were taken there were probably done on auto mode, rendering Shutter Speed too slow and in turn blur any movement; orbs are just in focus dust and centered images look anything but that when you’re standing in a significantly skewed plane.

There were other areas where I was less skeptical and more puzzled, wanting for the “magician” to stop showing and start “revealing.”

Like the six of us moving in a circle around a person, while standing in designated areas. The person in the center kept getting taller or shorter with each new step we made. No level was used during this “phenomenon” and we were smiling at each other like a bunch of schoolgirls whose turn it was to touch a unicorn.

“The Montana Vortex can’t be explained in normal scientific terms but most people believe that they are experiencing the Quantum at the macro level where we can see and feel the effects of this wonderful energy field. We leave it up to you to figure it all out.  “

So before visiting Glacier National Park, take a little detour to the House of Mystery in Columbia Falls (only 13 miles away from GNP’s West Entrance) and whether you have a scientific background to explain all these anomalies or not, you may enjoy this informative stroll through the garden, learn something new and of course, take some thought-provoking pictures: 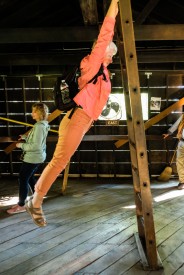 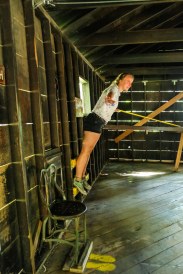 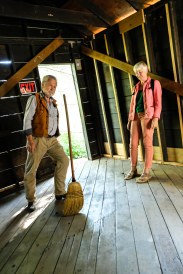 Montana Vortex and House of Mystery

Five and Under are free

Check out Montana’s other Kickass Experiences and Montana’s notable places, according to yours truly!

This post contains some affiliate links, which earns commission after your purchases but doesn’t cost anything to you. This helps this wanderlust to run this site and continue her storytelling. Thank you for your support!

Daejeon based portrait and travel photographer/EFL teacher with a passion for traveling on a budget and sharing her stories on her blog www.allaponomareva.com View more posts